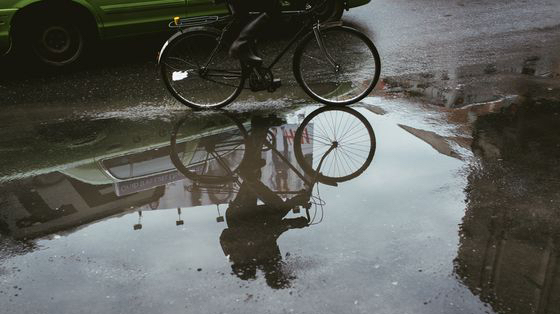 Hi everyone! I’m back sooner than ever with another book review. It has been a while since I read a book in day. I haven’t done that since I was a kid. Thankfully, I found the perfect book to breeze through. In undergrad, I discovered Good Mythical Morning and it has been part of my morning routine ever since. I watch way too much Youtube, by the way. When I saw Rhett and Link were coming out with a novel (and a mystery one at that) I was pretty excited. Normally I am rather hesitant with debut novels but I am always willing to give them a chance and I was glad I gave this one a chance. Now, let’s talk about it.

Bleak Creek is a quaint little Southern town where incoming freshman, Rex McClendon and Lief Nelson spend their days trying to film their magnum opus, PolterDog. With the help of their friend, Alicia, the boy are determined to make history with their film. After an accident happens while filming during the church barbecue, Alicia is sent off to the infamous Whitewood reform school. Rex and Leif decide to take in upon themselves by teaming up with Janine, a film student looking to film her own documentary. As the group investigates, they begin to uncover the dark secrets that lie beneath the unassuming town of Bleak Creek, one that may put their lives in danger.

I didn’t really know what to expect when I started reading this novel but I was certainly (pleasantly) surprised by what I got. The novel is way darker than I assumed, with plenty of twists that kept me reading onward. The town of Bleak Creek feels perfectly real as well as shockingly terrifying. There were parts were my jaw dropped from how dark the book became but that was the best part. The novel also had just the right amount of nostalgia that didn’t overpower the scarier elements. It definitely filled the Stranger Things void in my life. You don’t have to be a fan of Good Mythical Morning, either, to enjoy this book. It was a swift read with plenty of twist, turns, and shocks to keep me on the edge of my seat.

Warning: There are instances of blood and violence. It’s pretty PG – 13, though.

Hi everyone! In case you haven’t been able to tell, I am sucker for books that have been adapted to television and/or movies. I have watched some of the Netflix adaptation of this book, but I haven’t watched enough to properly compare the two. I just wanted to give you a heads up about that. Shirley Jackson has been on my radar for some time now. I did read her short story, “The Lottery,” in high school and I absolutely loved it. Since this novel has arisen in pop culture once again, I decided to give it a shot. Here is my review of The Haunting of Hill House.

Four strangers arrive to the infamous Hill House in order to find out the truth about the paranormal. First, Dr. Montague and his assistant, Theodora arrive to find the truth behind the mystery of Hill House. Eleanor, affectionately called Nellie, must use her knowledge of poltergeists to help them. Lastly, Luke, the heir to Hill House, is trying to clear the mystery behind his odd inheritance. Soon, the four realize that Hill House isn’t simply full of death. It is full of life that is growing stronger and stronger.

The Haunting of Hill House is the quintessential haunted house story. I have always loved classic haunted house tales and Jackson has an interesting take on this tale. The book is atmospheric in every way. The characters and setting are well-defined but also have an air of mystery that morphs throughout the novel. You feel unsettled throughout the novel as Jackson adds unsettling detail after unsettling detail. I wouldn’t go so far as to call this novel scary, I did certainly find it creepy. It is a relatively quick read also. I think all horror fans and non-horror fans can find enjoyment in this novel. I would definitely recommend The Haunting of Hill House. If you don’t feel like reading it, then at least read “The Lottery” as it is just as chilling.