Hi everyone! I hope you all missed me. I have finally had some time to read and I am so happy to be talking to you all about this book. This is one of those novels that I picked up, read the back, and said “This is mine.” I have grown up on murder mysteries so I was drawn to this like a magnet. Needless to say, I’m excited to talk about Stuart Turton’s debut novel, The 7 1/2 Deaths of Evelyn Hardcastle.

Evelyn Hardcastle is a young and beautiful heiress who is returning home after nineteen years. She doesn’t know that she will be murdered again and again. Aiden Bishop must solve her murder in order to break this loop. Every time the loop begins, however, Aiden wakes up in the body of a different guest, each with its own advantages and disadvantages. Aiden must fight to save Evelyn and himself before time runs out.

Before I begin, I just want to say I’m going to be pretty vague as I really don’t want to spoil this book. I was absolutely enthralled from page one. I had such a hard time putting this book down. Turton does an amazing job inserting twists and turns that will make you stop in order to put together the puzzle he presents. It’s also very interesting to have a main character who has to rely on the character traits of others. Aiden Bishop is somehow personable protagonist with no discernible personality traits. It’s a wild ride, needless to say. If I were to best describe this novel, it would be a combination of Groundhogs Day, Freaky Friday, and an Agatha Christie novel. The novel is so full of surprises that I’m afraid to talk about it anymore. I highly recommend reading The 7 1/2 Deaths of Evelyn Hardcastle as you will get whiplash from the plot. I absolutely love this novel and, as a huge murder mystery fan, this was definitely an exciting new take on the genre. 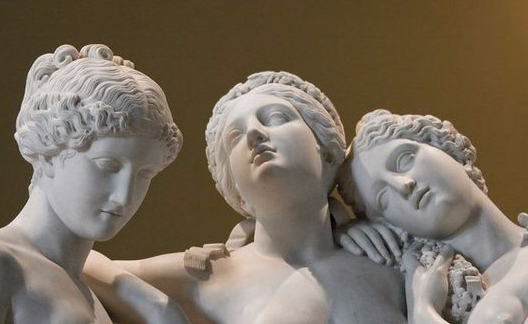 Hello again everyone! I have returned after a bit of a hiatus (aka I was busy and too tired to commit to a longer novel). Anyways, I’ve been sitting on this particular novel for a while. I had never read one of Atwood’s before this. I may try The Handmaid’s Tale eventually, but I thought this was a good start since I am a big fan of Greek mythology. This novel is also fairly short, so it was an easy enough read. Anyways, here are my thoughts on The Penelopiad by Margaret Atwood.

Penelope has always been known as the faithful wife of Odysseus, the great hero and traveler. Now that she’s in the Underworld, she no longer has to keep up appearances. With time to reflect, Penelope recounts the events of the Odyssey in her own words. Joined by the twelve maids that Odysseus and Telemachus killed, Penelope reveals what really happened during the ten years Odysseus was lost at sea.

Atwood certainly does not hold back in her novels. The Penelopiad is a mix of the avant garde, the theatrical, and the realistic. It is easy to get lost in the speculation of myth. Atwood provides a blend of feminist theory and fantastical details in this reimagining of The Odyssey. Through her writing, Atwood gives a new life to Penelope and her maids as they deal with the injustices inflicted upon them. Though these stories may be myth, there is still some reality in there. If you are a fan of Greek mythology, then I would recommend this novel. The Penelopiad is a short, profound novel about how the truth gets twisted and how women, even fictional, can fall victim too rumors.